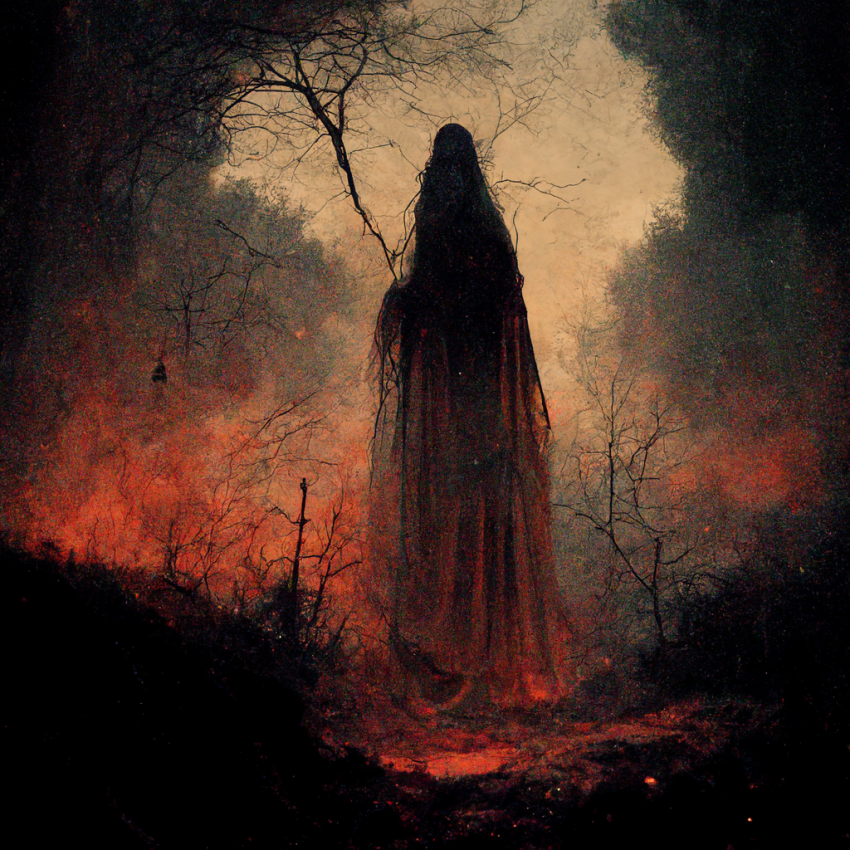 Audio version of this story on our YouTube: https://www.youtube.com/watch?v=gox39n1vDNc this can also be found Spotify and most other podcast platforms!

This story starts out in the summer of 1817, when the Bell family began seeing strange looking animals on their 320 acre farm. Soon after, they began hearing knocking sounds on their doors and the outer walls of their farm house. Shortly after the knocking started, the family began hearing chains being drug through the house, the sounds of stones being dropped on their wood floors, and gulping and choking sounds.

As you might imagine, the family was terrified by these events. Fearing ridicule, they kept the strange occurrences to themselves for about a year until it became unbearable. The father, John Bell, confided in their neighbors, the Johnsons. John invited them to stay over for a few nights so that they too could witness the events. After a few nights of strange events, Mr. Johnson suggested more people be told, and a committee was formed to start an investigation.

It was not long after this that people began traveling from many miles away to witness these strange occurrences, and soon this entity gained a voice. It said it was a witch named Kate Batts but soon became referred to as the Bell Witch. Kate said she wanted two things. First, she wanted John Bell dead, and, second, she wanted to prevent John’s youngest daughter, Betsy, from marrying a neighbor boy named Joshua Gardner.

Over the next few years, the family was tormented almost daily. John and Betsy received the worst of it. Betsy was scratched, having her hair pulled, and even receiving beatings. John began suffering from spells of swelling, mostly in the throat, as well as physical beatings. John said that Kate would blast him with threats and curses.

Finally in 1820, after drawing huge crowds, Kate seemed to accomplish her mission. On December 20, John Bell died; it was believed that he was poisoned by Kate. Then in March of the next year, Betsy broke off her engagement to Joshua Gardner. After this, Kate bid everyone farewell and said she would return in 7 years.

In 1828, Kate did return for a few weeks. She visited the home of John Bell, Jr. and had several long talks with him about the past and future. She said there was a reason for stopping Betsy’s marriage and for the death of John Sr. but it was never explained. She said that she would return again in 100 years.

People in the area said she never left, and there are reports of strange occurrences still happening on the Bell family’s old farm and at the Bell Witch Cave in Adams, Tennessee. I may circle back and add a few of these stories if there’s interest among you readers. Tours are available of a replica of the Bell family cabin as well as the Bell Witch Cave in Robertson County, Tennessee. Let me know what you think in the comment section!

Checkout our other ghost stories

2 thoughts on “The Story of The Bell Witch”