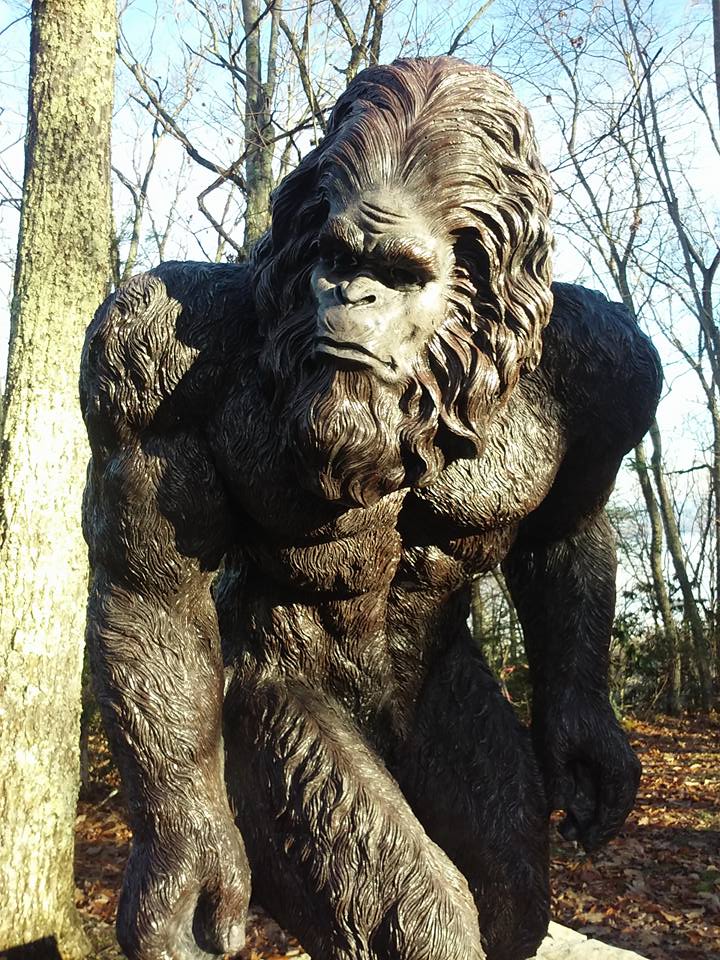 Wood Booger is really just another name for Bigfoot used in the Southwest Virginia area, notably in Norton City and Wise County. According to a newspaper from The Old Post on November 24, 1892, the creature was given the name Wood Booger after the Boogeyman, because it was rumored to carry off children who wandered off into the woods at night.

If you go to Norton, Virginia these days you’ll see many attractions featuring The Wood Booger monster including a restaurant called ‘The Wood Booger Grill’ and a statue (pictured above) located in the Flag Rock Recreation Area. You can also go on a Wood Booger guided search hike and there’s even a Wood Booger Festival!

What started the creature’s popularity? The show Finding Bigfoot did an episode in the area due to a video taken in Wise County. I had seen this video/sighting online in the past (video link below) and did not realize it was in this area. The video is referred to as “The Beast of Gum Hill”. A man was riding an ATV through a river on 4/5/09 when the creature walked out in front of him, he stopped and pointed at it as it slowly walked away. He claims in the video description that it is the second time he had seen the creature.

In Finding Bigfoot they also noted there weren’t a lot of known reports of sightings in the area but while calling a town hall meeting it was discovered that many people had had encounters that were not officially documented. Sightings were usually while hunting, or hiking, or even by kids playing in or near the woods. The creature was always described as a bulky humanoid creature about 7-8 feet tall with brown or black fur.

Eventually, I’ll try to get more of these sightings of Wood Booger posted on the site since they seem difficult to find. I’ll also try to visit this area one day and do some posts for our Spooky sightseeing section of the site.

Check out our other Bigfoot stories