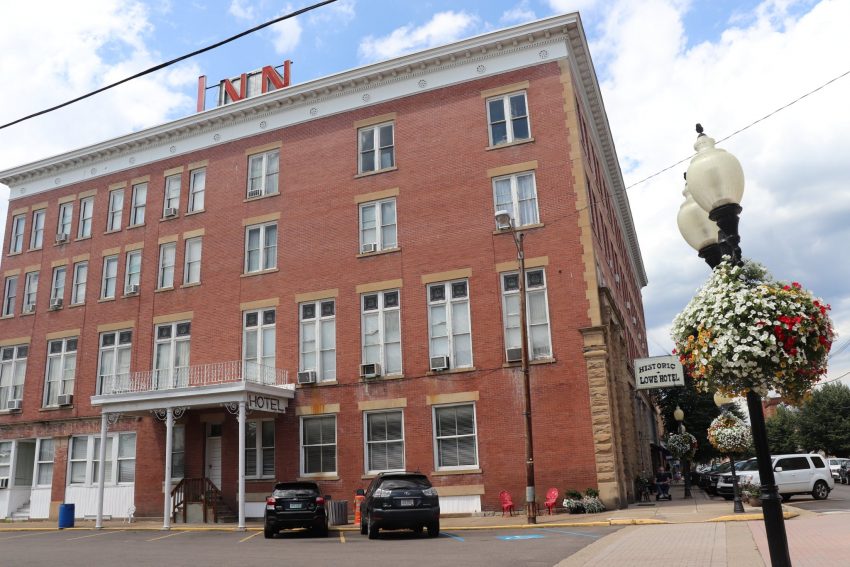 Audio version of this story on our YouTube: https://www.youtube.com/watch?v=lUpWP5k5Yxw this can also be found Spotify and most other podcast platforms!

The Lowe Hotel is located just across the street from the Mothman Museum in Point Pleasant, West Virginia. Originally named the Spencer Hotel in honor of J.S. Spencer, a local judge and steamboat-company operator, the hotel opened in 1901 to cater to those traveling along the Ohio River. Sleeping arrangements for guests occupied the top floors, while the lower floors housed businesses such as a barber shop, bank, and billiards room.

When the Lowe family purchased the hotel in 1929 after the stock market crash, they renamed it the Lowe Hotel. Ruth, Rush, and Marcia Finley, the current owners and managers of the Lowe, purchased it in 1990. The Finleys have been continually upgrading and adding their personal touch to the building. A visit to the Lowe is a step back in time with today’s conveniences. The friendly atmosphere and hospitality create a very pleasant and restful experience for any traveler.

Because of the hotel’s longevity, it’s no surprise that it is supposedly haunted. There are several ghosts who call the Lowe Hotel their home. Among them is a young woman in a dress that many have spotted dancing on the first two floors. On the second floor, guests have reported seeing the apparition of a young girl riding a tricycle and have even heard the creepy squeaks of her tricycle in the empty hallways. On the third floor, guests have reported hearing a soft whistling sound, as well as doors opening and closing on their own. Also on the third floor is the ghost of “Captain Jim”, who many have reported seeing looking out of the window of room 316 toward the Ohio River. The creepiest part? He has no legs.

I have personally stayed at the Lowe Hotel several times, but one visit stands out above the rest. Around 2:00 a.m. during that stay, I woke up to hear footsteps going up and down the hallway on the third floor. The noise lasted for around half an hour. The next morning, when the lady at the front desk asked how I slept, I mentioned the people walking around in the middle of the night. She asked if I was sure I wasn’t dreaming and informed me that I had been the only guest that night.

Have you had an experience at the Lowe Hotel? We would love to feature it! Email us at webmaster@spookyappalachia.com.