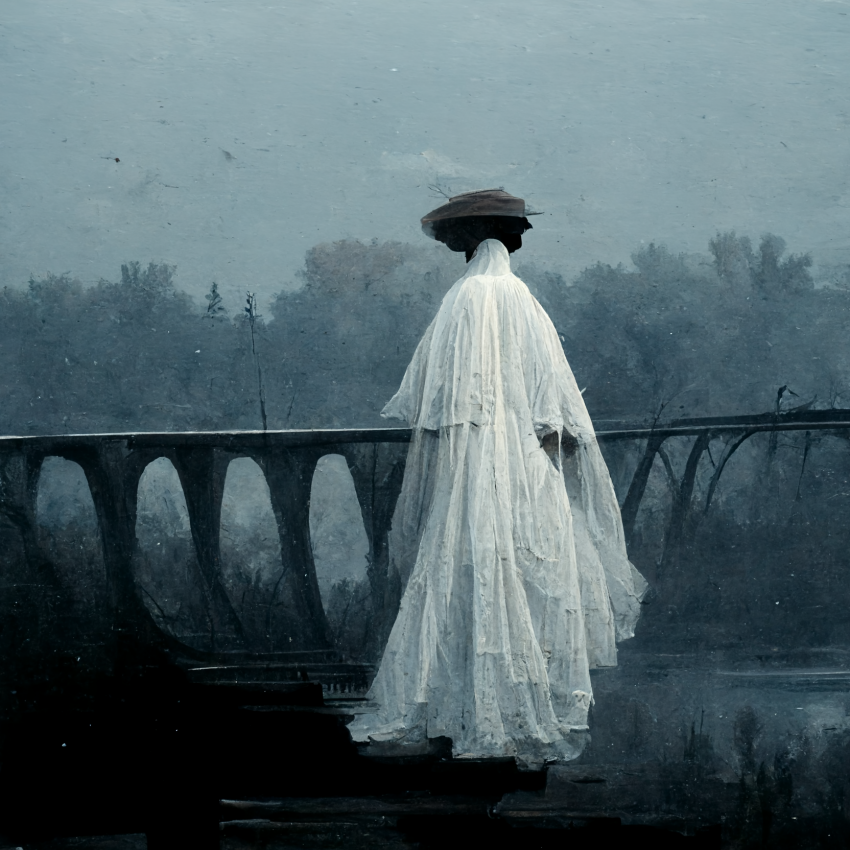 Audio version of this story on our YouTube: https://www.youtube.com/watch?v=sqRE7SPcCM4 this can also be found Spotify and most other podcast platforms!

This story is a bit special to me since I grew up very close to Radford. I found out about this haunted location many years ago. I think I was at a cross country meet and someone pointed to the bridge and asked if I had heard it was haunted. Flash forward to many years later when I’m on a family walk, and we come upon the bridge. I remembered hearing the story, and after some internet sleuthing, here is what team Spooky Appalachia has come up with.

We found out this bridge is actually a trestle. It was built in the 1940’s to service the American Viscose plant, it would allow easier transport of materials to and from the plant. Ultimately the plant was never built, and the trestle was mostly abandoned save for residents of the community using it to walk across the river.

While researching this topic I spoke with several individuals. None had a sighting themselves, but some had known someone that had. One individual, who wishes to remain anonymous, informed me that her grandmother lived close to the trestle and had seen a transparent looking young woman in a white gown passing about on it at night.

It’s been very interesting researching this story. I spent some time searching online initially and was unable to find anything about it. It wasn’t until our team started reaching out to the community on local Facebook groups that we found the information for this story. We had a lot of fun doing it.

Below are photos and videos of the bridge I’ve taken.

If you’ve seen anything at this location or had an experience you’d like to share be sure to reach out to us at webmaster@spookyappalachia.com.

1 thought on “The Story of the Haunted Bridge – Radford VA”