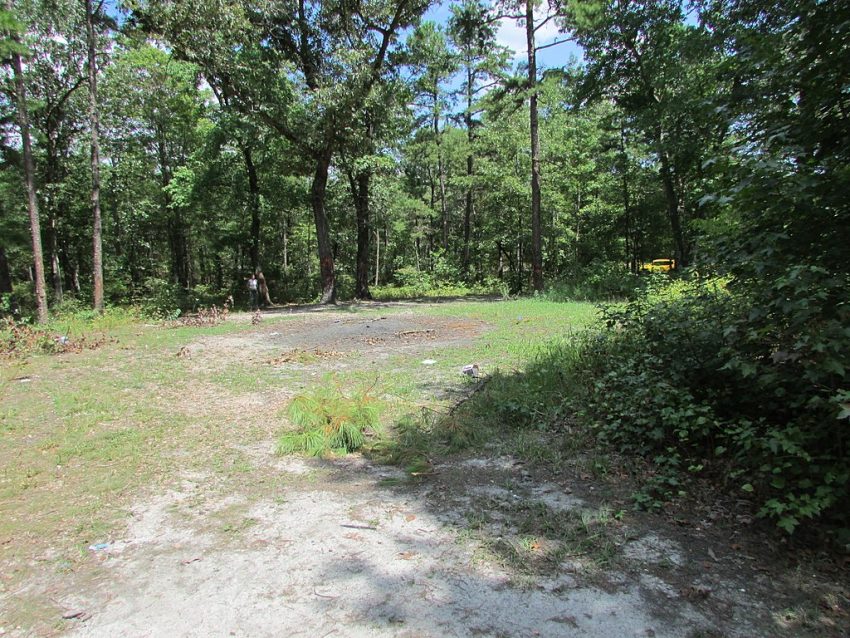 Audio version of this story on our YouTube: https://youtu.be/ur_u1VNK9H8 this can also be found Spotify and most other podcast platforms!

One of North Carolina’s most haunted locations is located in Chatham County. If you follow Devil’s Tramping Ground Road, you will come to a strange clearing. It is perfectly round, measuring 40-foot in diameter, and completely barren. Here, nothing seems to grow. Not grass, not trees… nothing. Even animals seem to avoid the area.

Beyond its strange appearance, many report that the area is haunted. People have described leaving objects in the circle, only to come back the next day and find it on the outside of the clearing. This leads me to wonder: what is going on here?

Local legends say the Devil himself spends his nights in this very spot pacing around in the circle, thinking of ways to bring more human souls down to hell. The heat from his hooves kills all vegetation and causes the soil to remain barren. If he finds anything in his path—no matter the weight or size—he uses his immense strength to toss it out of his way.

Residents have passed down this story through the generations since the founding of Chatham County in 1771. To this day, no one has been able to present a logical explanation for the phenomenon.

Folks brave enough to attempt spending the night at this location have reported hearing howling sounds and footsteps.  They have even reported seeing apparitions. Youtuber Kevin The Custodian Ghost Hunter unknowingly caught an apparition on camera in October 2019. In the video you can see what appears to be a blue, transparent woman walking by.

Thanks to Kevin for allowing me to share his evidence here. Please be sure to check out his YouTube channel. After looking into it, I found stories of a massive battle between Native American tribes in this exact spot. Could that explain the hauntings? Unfortunately, the area is now fenced in with no trespassing signs posted. Even though I had hoped to check this place out myself, but it doesn’t look like I will be able to—at least for now.