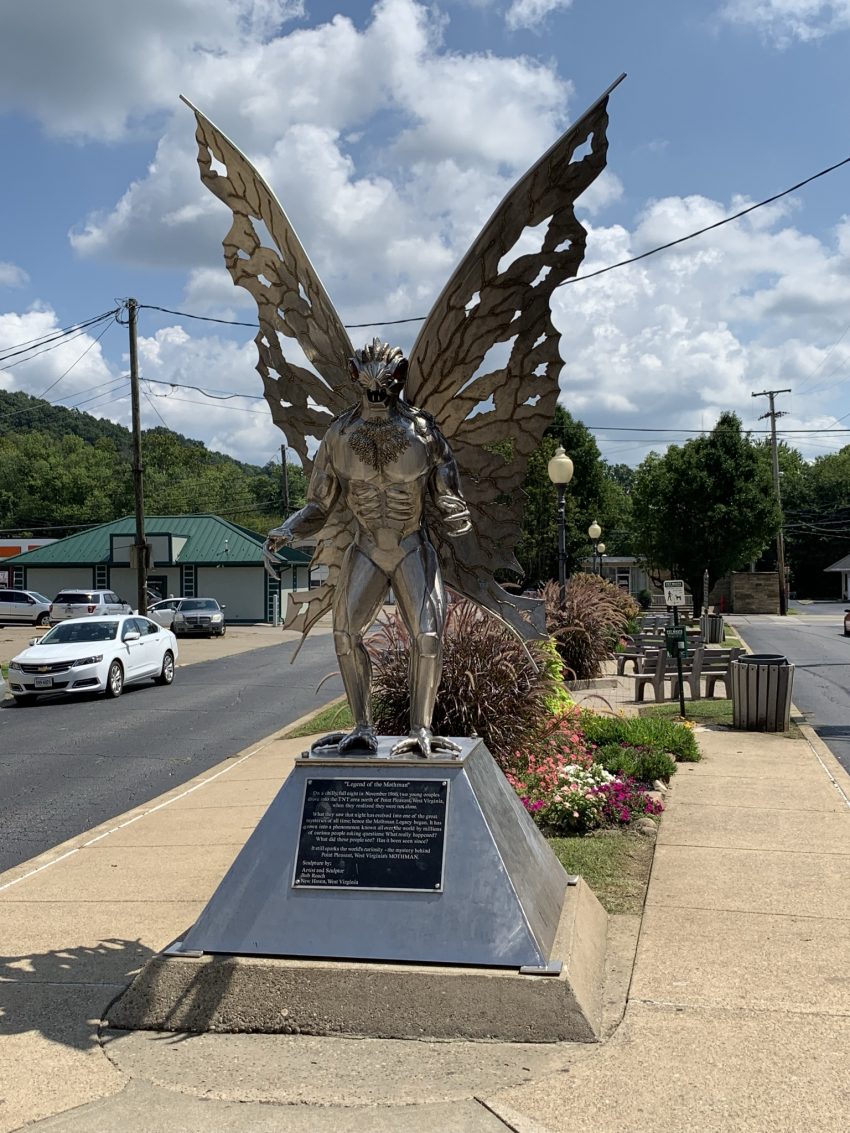 If you haven’t yet, be sure to check out Part 1 on this story!

This story is one of the more famous ones and is known as the one that started Mothman’s popularity and gave the creature its name. It comes from Point Pleasant, West Virginia, three days after the previous story, on November 15, 1966.

Two couples, the Scarberrys and the Mallettes, were driving around the abandoned North Power Plant in the TNT area when they noticed a creature coming from the trees above one of the bunkers. They later described this humanoid creature as bird-like with a large wingspan and piercing, fiery red eyes. The driver put the car in reverse and started driving away from the area. It was then that they noticed a large, dead dog lying on the side of the road. Shortly after the group discovered the dead dog, the creature jumped out at them. The driver of the vehicle floored it. Soon after, the group noticed the creature flying beside the car, screeching like a giant mouse. The creature managed to keep up with the car at speeds up to 100 mph. It then disappeared into a nearby field.

The group later went to the police station and reported the event. The deputy at the police station didn’t believe them at first, but, after seeing how truly terrified the couples were, decided to check it out. The deputy, along with the couples, drove around the area. Here, they noticed strange static noises coming from the radio. Also, the dead dog they had seen before was no longer there.

The next day, the sheriff and the couples held a press conference at the city courthouse to share the story. Due to the description of the creature and, at the time, the popularity of the Batman TV show, newspapers coined the name “Mothman”, inspired by the popularity of the Adam West Batman show.

News of the creature eventually spread outside of Point Pleasant, and it changed the town forever.

Today, if you visit, you’ll see a town enriched with Mothman culture. There’s the world’s only Mothman Museum as well as several shops selling merchandise. Local restaurants have Mothman-themed food items, such as the Mothman Pizza from a local pizza shop and the Mothman Burrito from the Mexican restaurant a few blocks away from the museum

Check out our other cryptid stories

1 thought on “The Story of Mothman Part 2”