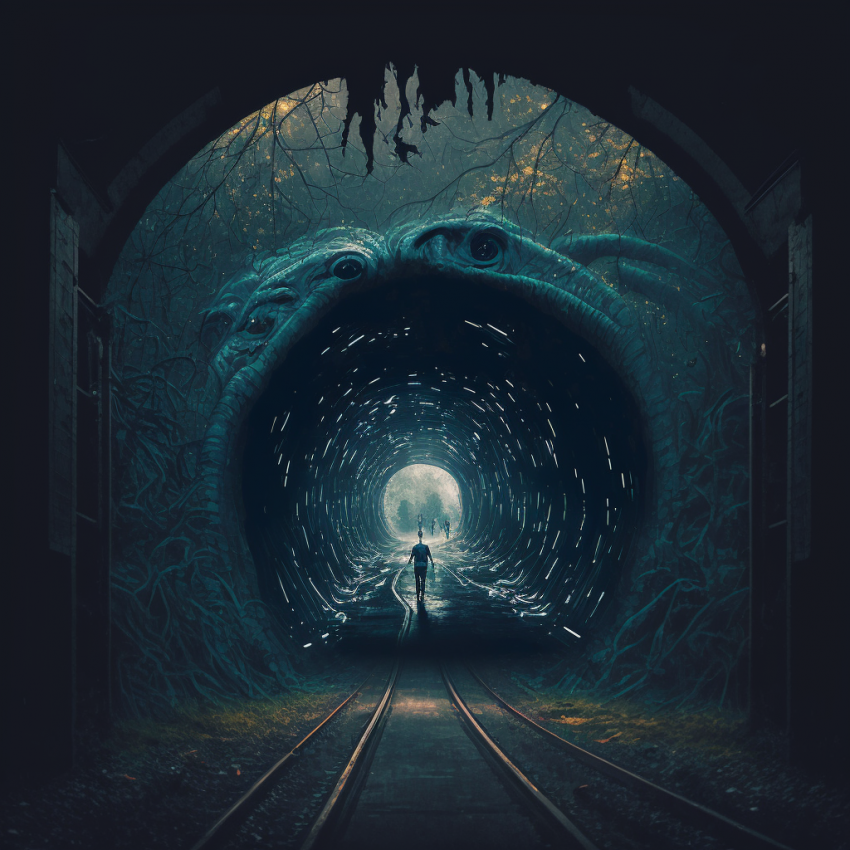 Audio version of this story on our YouTube:  https://www.youtube.com/watch?v=n0xGv3vKK5w this can also be found Spotify and most other podcast platforms!

This week, we’re going to cover the story of the King’s Bend Tunnel, in Wetzel County, West Virginia.

The King’s Bend Tunnel is located in Wetzel County, West Virginia. Also known as Porters Falls No .1 Tunnel. The tunnel is used as a shortcut between Clarksburg, West Virginia and the Ohio river. The tunnel got its name due to its adjacent location from the giant bend in the creek near it called “King’s Bend”.

Over the years there have been many deaths either in or around the tunnel. Starting with the workers who built the tunnel, all the way up to present day tunnel walkers. Because the tunnels are built with a slight curve it’s impossible to reach the end of the tunnel from either opening and sound echoes in a way that makes trains seem much further away, which has led to several accidents happening to foot travelers over the years.

There have been several reports of phantom footsteps echoing from inside the mines, or the sounds of workers working away to complete the tunnel, but most stories involve the ‘Coffin holes’. The holes are cut into the sides of the tunnel roughly 6 feet tall and 2-3 feet wide meant to accommodate anyone stuck in the tunnel with an oncoming train. People have reported hearing knocking and groans coming from behind the holes. Similar to Tommyknockers in mines.

Perhaps one of the more interesting tales comes from a group of friends who camped out at the area for an overnight fishing trip. The area is well known for brewing a good fishing spot. While doing some night time fishing the group would hear a loud whooshing sound each time they turned out their spotlight accompanied by large ripples in the water.

After returning to the campsite near the tunnel the group began hearing voices echoing off the hillside. At first the group wasn’t alarmed by this and brushed it off as just some people racoon hunting. However, the voices kept getting closer until it sounded like they were practically on top of the group. They could now hear the voices clear as day saying things like, “What are they doing here?” and “They need to leave” then “You shouldn’t be here…”

At this point the group decided to hightail it out of there and head back to their ATVs. Then they saw something that made them freeze in their tracks, standing beside one of the ATVs under a tree was the outline of a tall man in what looked like a hat. No details of the figure could be seen, just blackness. It looked distorted and twisted. After about half a minute the figure darted back to the tunnel, and the group booked it out of there.

To this day trains still run through the tunnel, and not only is it a safety hazard it’s also illegal to enter. Many folks have lost their lives in and around the tunnel. Overall this area sounds really interesting and there are a few other creepy tunnels in the area similar to this one.

Thank you to the anonymous viewer that sent in this story and the photos, but remember to be careful in the future! Also if you have a creepy story you’d like to see featured you can email us at webmaster@spookyappalchia.com.

Thank you to our patrons, Alvin, Charles, Donald, Jeff, Jordan, Josh, Julia, Linda, Shannon, and Taylor. And thank you for tuning in.