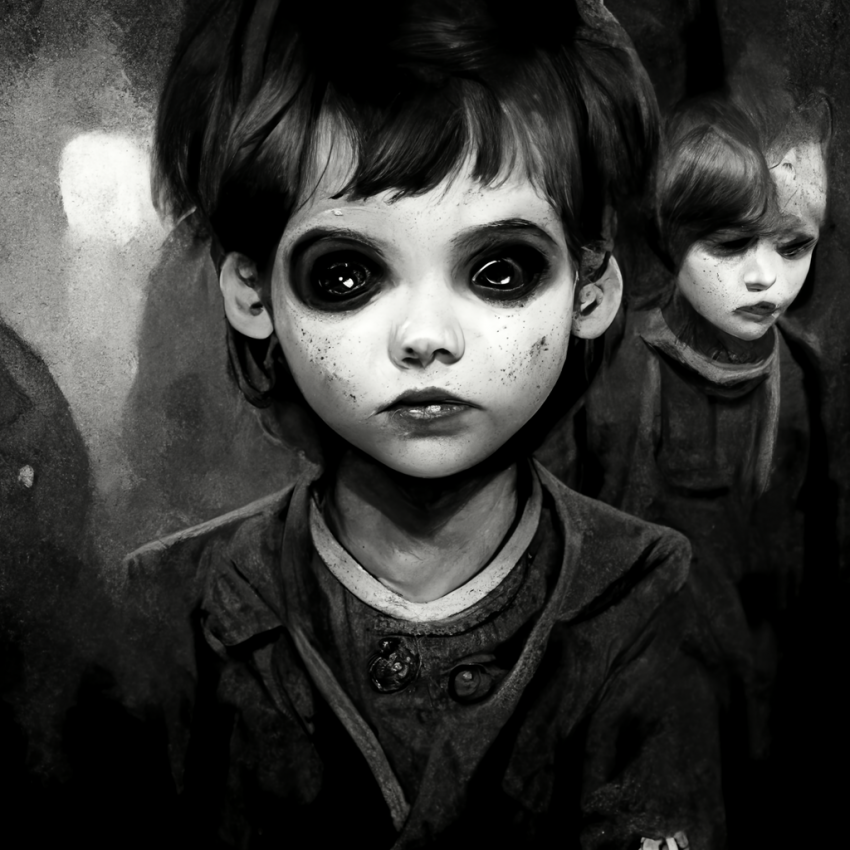 Audio version of this story on our YouTube: https://www.youtube.com/watch?v=xQcd4CT2Keg this can also be found Spotify and most other podcast platforms!

Black-eyed kids are one of the more creepy urban legends because no one really knows what they are or what they want. Most encounters seem to take place either with a creepy duo showing up at a victim’s house asking to be let in during the middle of the night or at the window of a car asking for a ride. Witnesses always state that these kids appear to be between the ages of 5 and 15, with ragged clothes, pale skin, and big black eyes. For tonight’s story, I decided to find an earlier story, and it just so happens that it took place right here in Appalachia.

This early account of black-eyed children comes from Virginia in 1950 and concerns a 16-year-old boy, known only as “Harold.”

According to the story, Harold was walking home one afternoon when he came across another boy leaning against a fence, as if waiting for someone. The teenager attempted to speak to him but received no response. He was about to walk off and go on with his journey, when the strange boy suddenly stated to Harold, “I want to go to your house. You’re going to take me to your house.”

It was then that Harold noticed the blackness of the boy’s eyes. There was no white in them, just solid black. Harold began to contemplate turning and running home as fast as he could when something even stranger and more chilling happened: the boy blurted out, “Now, don’t you run away from me. You’re going to walk me up to your house.”

Harold turned and ran anyway, faster than his legs had ever carried him before. He later recalled to his parents that as he did so, he heard a scream behind him—a scream that sounded very similar to that of a bobcat.

Interestingly, his parents believed their son’s account, so much so that his father was said to have grabbed his gun and immediately gone out looking for the menacing boy who had demanded his son take him to their family home. His mother apparently thought her son had an encounter with the Devil himself and stated that she would take him to see the local priest.

I’ve always found the urban legend of the black-eyed kids equally creepy and interesting. Let me know what you think about the story in the comments section. I will more than likely be posting more stories about The Black-Eyed Kids in the future.