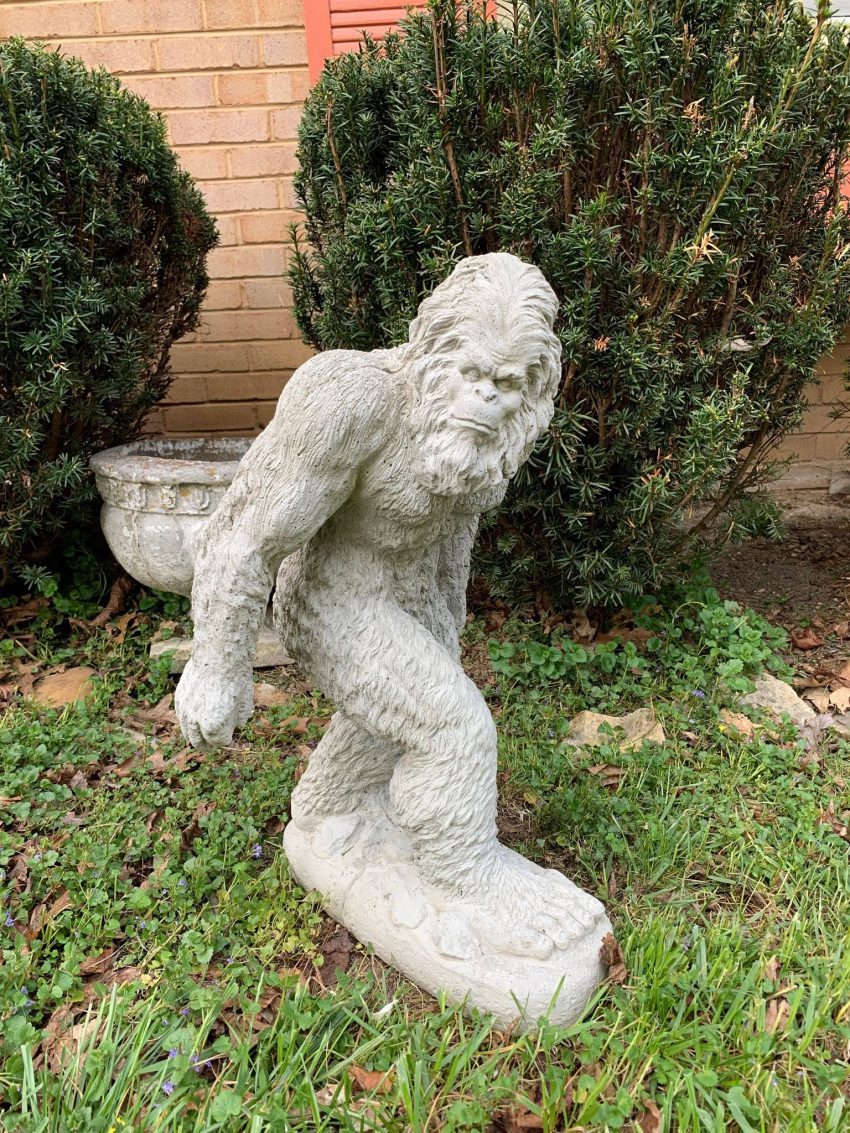 Perhaps the most famous cryptid of all time is Bigfoot or Sasquatch. Normally, I like to do a “Story of…” post before I start posting stories and sightings of these creatures. It has been tough to track down one source of the first story; there are many opinions on where it all began. So, I will try to summarize a few that I think may have started it. At a later time, I will be posting sightings from in or around Appalachia because they seem to happen all the time!

Leif Ericson and his men are thought to be the first European explorers of North America. During their first visit in 986 AD, they reported seeing something strange. Leif wrote of huge hairy men who towered over him and his men. These men were loud and foul-smelling and lived in the woods. They had several encounters with the creatures and noted they were very different from the other natives they found in the new world.

Another documented early story I found happened in 1924. Albert Ostman, a lumberjack and outdoorsman, was asleep in his sleeping bag on a vacation camping trip in British Columbia when a Sasquatch picked him up and carried him for about 3 hours. He was taken to what seemed like a family of four creatures. Most reports say he was held captive for 6 days by the creatures. All that is known about Ostman’s time with them is that they fed him some type of sweet grass. Ostman was able to escape after he gave the largest creature some snuff, which caused it to get sick.

On August 27, 1958, near Bluff Creek, California, Jerry Crew arrived at a road construction site for work one morning and found tracks measuring a whopping 18 inches in length. He showed the prints to his co-workers, who referred to whatever was making the prints as “Big Foot,” thus giving the creature its name. A month later, more prints were found, and a plaster casting was made of one of them.

The Patterson and Gimlin footage from 1967 is the last one I’ll cover this go-round. On October 20, 1967, Patterson and Gimlin were horseback riding around 1:15 in the afternoon. They went around a downed tree and noticed a figure crouching, a man-like creature. They observed that it was about 7 foot 6 inches tall and covered in dark reddish-brown or black hair. Thinking this was odd, Patterson dismounted his horse and took out his camera. Paterson started running towards it while filming, which he explains is why the footage is so shaky, and at one point he even tripped. The creature eventually noticed the two and began walking away but looked back at them before disappearing. This video is probably the one that started the hype surrounding Bigfoot. It is how I first heard of him as a kid.

There you have it. These are some of the biggest stories that have encouraged Bigfoot fever. There are reports, pictures, and even videos of sightings of the creature all over the US these days. I have even seen several very near where I live. One day, I might cover some of those. If you have ever had an encounter with Bigfoot and would like to share your story, please email me at webmaster@spookyappalachia.com. I would love to hear your story and share it here.

Checkout our other cryptid stories

1 thought on “The Story of Bigfoot”