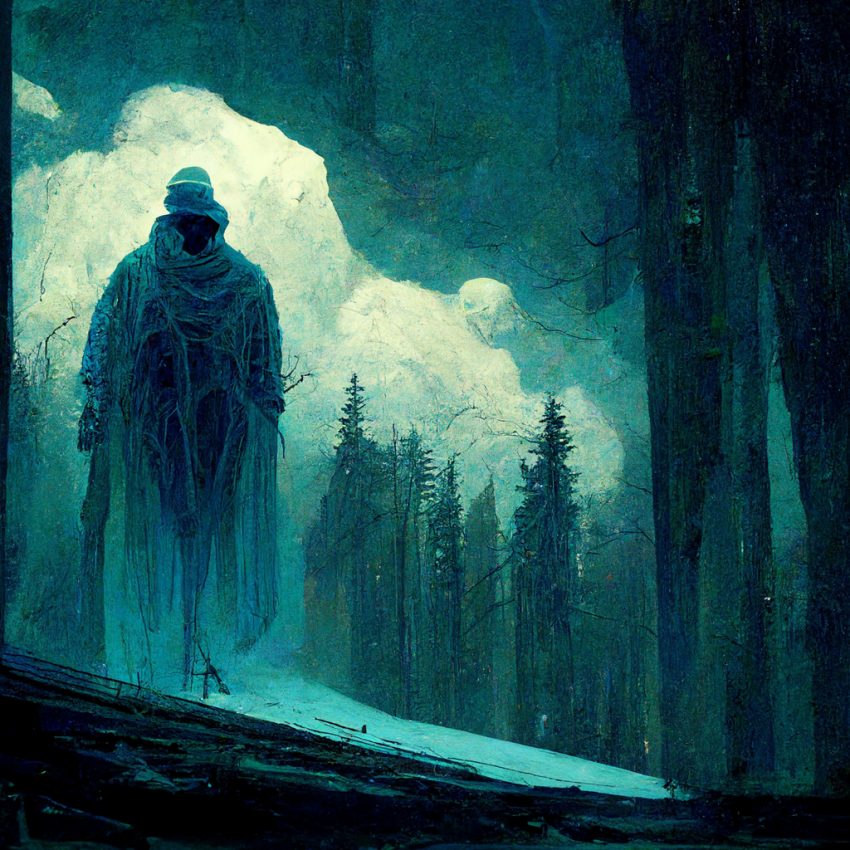 Audio version of this story on our YouTube: https://www.youtube.com/watch?v=E3XHWbF_jt8 this can also be found Spotify and most other podcast platforms!

The following story was brought to our attention by our good friend Julie. We were then given permission from a local artist, Stefanie, to use this amazing and creepy story!

If you have a minute, I hope you will read this and this very bizarre experience I’ve had over the past couple of weeks.

A lot of y’all  are on my personal page and if you’re not, please send me a friend request, I will happily accept. Anyway, several nights ago I got up like I often do at 3:00 a.m. but this time it wasn’t because I could not sleep, I think I actually could have slept until a bit later that morning. I woke up because I heard whistling. Now whistling does not creep me out but whistling at 3:00 a.m. does! And it wasn’t birds or anything of the like, this was a melodious whistle as though someone was simply whistling a tune. I went ahead and made my coffee and decided to stay up thinking it was likely a neighbor doing their laundry or whatever. What freaked me out is when I got into the studio, the whistling began again and it sounded like it was in the basement just below us. It’s very quiet here in the middle of the night so I was sure someone was in the basement whistling. I shrugged it off and went on about my day mentioning it to James, my daughter, my son and even my mom. We joked about it being ghostly activity or me finally losing my mind LOL the next morning I wake up and come into the studio after I’ve made my coffee and I hear the whistling again. Now this is odd. So I said a little prayer and just kind of sat here trying to ignore what I was hearing. Talked to my daughter about it again and she said it was likely someone’s video game or perhaps just someone walking around outside doing whatever they’re doing at 3:00 a.m. I have to admit, I was a bit freaked out. A friend  had commented that they too had heard whistling through the night but they live in a different port of Roanoke but it got me kind of curious, is other people hearing this so I asked a few neighbors and James mentioned it and no one else had shared my experience. So I did as any person would do in 2022 I went to Google.  First I googled whistling in Roanoke to which I only found a few reports from a couple of weeks ago people recording hearing strange whistling around the railroad tracks. We don’t live that close to the railroad so I dismissed that. I kept searching. I decided to get very specific and I entered ‘whistling Grandin road Roanoke Virginia’ .

Chills went up my spine when I opened an article about John Nash who lived at my address in the ’60s. If the name John Nash is familiar it is because he is a Nobel prize winner for the Game theory in mathematics. He was the subject of the movie starring Russell Crowe “A Beautiful Mind”. Apparently while he lived here at my address he took to whistling while he walked back and forth to the library and around Grandin and Raleigh Court. Mothers feared for their children and protected them from him as he just looked disheveled and scary. During this time he was suffering with audio hallucinations due to schizophrenia and had been in and out of mental institutions. The article stated that he was dubbed The Whistler of Grandin road. You got to be kidding me? Granted, I doubt that this is connected to my mid morning Whistler however, I hardly believe in coincidences and I think it’s pretty incredible. Additionally, while he lived here he set a fire that some claimed was intentional and when James and I were downstairs in the basement a few months ago we noticed the flame kissed beams just under our apartment. Apparently his mother had lived in our apartment in the mid to late sixties (if they are numbered the same as they were then) and he resided with her here before her death in 1969. Ultimately he would leave Roanoke and he also overcame his schizophrenia which is almost unheard of by the power of the mind. It’s one of the most bizarre things that’s ever happened to me and it left me quite speechless and a bit freaked out at first. He would ultimately die in a car accident in New Jersey around 2014 or 2015. I’m going to link the article in the comments below. I just thought it was something really cool that happened that I wanted to share with you guys. Tell me your weird or odd stories. Odd things happen to me a lot but this might be the oddest. Typically it’s cool coincidences and connections that I make with you guys….Things that we have in common that connect us but never did I expect that the Nobel prize winner John Nash lived here in our apartment and was called The Whistler of Grandin road. Shocking but inspiring! I watched a documentary about him this morning because I’m so intrigued and will likely read articles about him in days to come.

If you read this, thank you. Also if you got all the way through this and are still reading, I’m going to be giving away five paintings up until my birthday on September 30th celebrating 50 years of life, super excited and not at all saddened by the fact that I’m turning 50. I feel like I’ve beaten the odds and I’m very grateful that this is my life. Perhaps I should start whistling my own tune. Thank you for taking the time out of your morning or day to read my story. Can’t wait to hear some of y’alls!

Thank you Stefanie for allowing us to share your story. If you end up having more encounters let us know!  Remember, if you’ve had a paranormal encounter like this and want to send it in, you can email us at webmaster@spookyappalachia.com