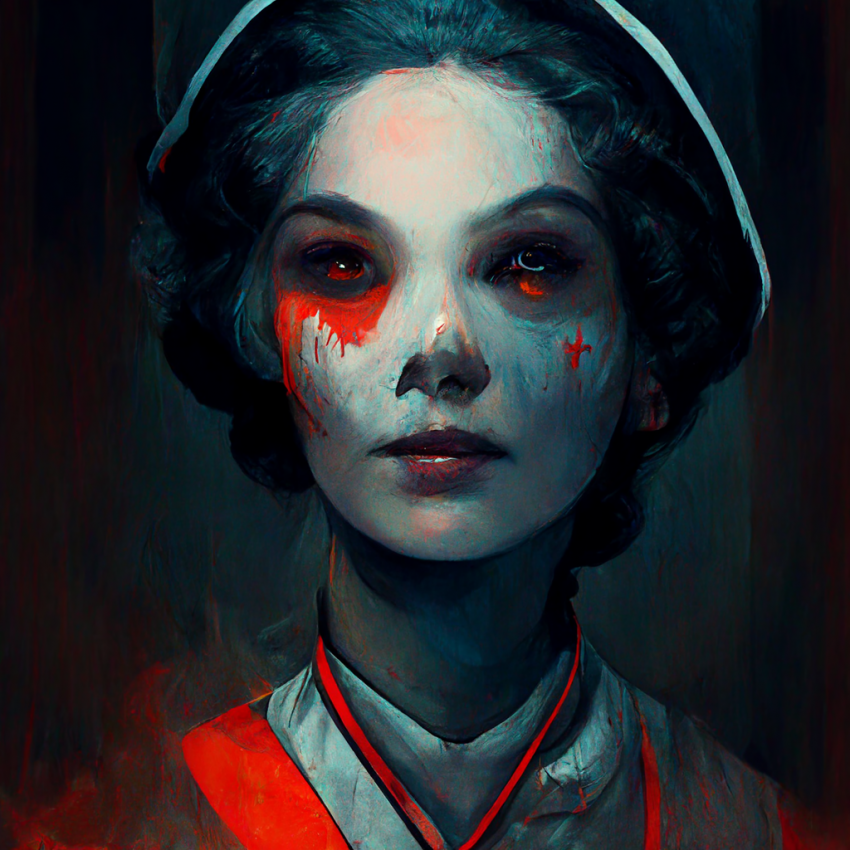 Audio version of this story on our YouTube: https://youtu.be/PLjZrLn3QYU this can also be found Spotify and most other podcast platforms!

Happy Halloween! As a special treat for the spookiest of holidays, we have a story from Julie, a volunteer at St Albans Sanatorium and friend of Spooky Appalachia who was kind enough to do a livestream with us a while back. You can hear this story, which she told us when we first met her while touring St Albans, as well as many others on our livestream from August 27th.

This happened around the time I first started volunteering at ST Albans, it was Halloween night and I was working at the haunted house attraction. I was stationed in the second floor hallway in a ghost costume and when people would come, I would jump out and scream at them to try and scare them. That night one of my daughters told me she was going to be coming with her new boyfriend who I had never met. She said he has been talking a lot of smack and he’s one of those people that stuff doesn’t scare him and she asked if I could get him good.

They made it in to me about 30 minutes till close, I know it’s them because I hear my daughter giggling so I get myself ready. I’m hiding in the room, looking out through a hole waiting. I see two young men, my daughter and another girl start to go by. I stuck my head out the hole in the wall and went… BLLAAAHHH to scare them, then chased them down the hall. I decided to focus on going after the two young men knowing one of them was my daughter’s boyfriend so I didn’t pay much attention to the two girls. I must have done a good job because they both screeched like little girls! They ran down the hall to where my partner directed them down the stairwell. As they were going down the stairwell I walked down to my partner to point out who my daughter was. I said that it’s her not the quiet one but the one that’s laughing like a fool. I turned around to go back down the hall and my daughter then came up and hugged me. Then said you got him good momma! The girl was still behind her so I waved at her and introduced myself. The girl for some reason looked like she was bored to death. She looked like an average middle school girl, wearing jeans and a hoodie. Kind of pouty looking.

A few days later I talked to my daughter , I asked if they liked the event and if they had a good time. She explained that they did. So then I asked about the girl she had with her. I asked if she had any fun at all and said she looked bored. My daughter then said what girl? I said I guess it was the other guy’s girlfriend? Then my daughter said mom… there wasn’t anyone else with us and it was just the 3 of them. My daughter and the two guys. I know I saw this girl, I know she was there. To this day I still double check when I look at groups and wonder.

Thank you Julie for this story, it’s always wonderful to hear you tell it, and we’re excite to feature more of your stories here in the future. If you live close to Radford, VA, be sure to check out the haunted house at St. Albans every fall. You can find information on that and other exciting events at www.stalbansvirginia.com. Remember if you have a story you would like to see get published here, you can email us at webmaster@spookyappalachia.com.

Thank you to our patrons, Alvin, Charles, Donald, Jeff, Josh, Julia, and Shannon and Stefanie. And thank you for reading.