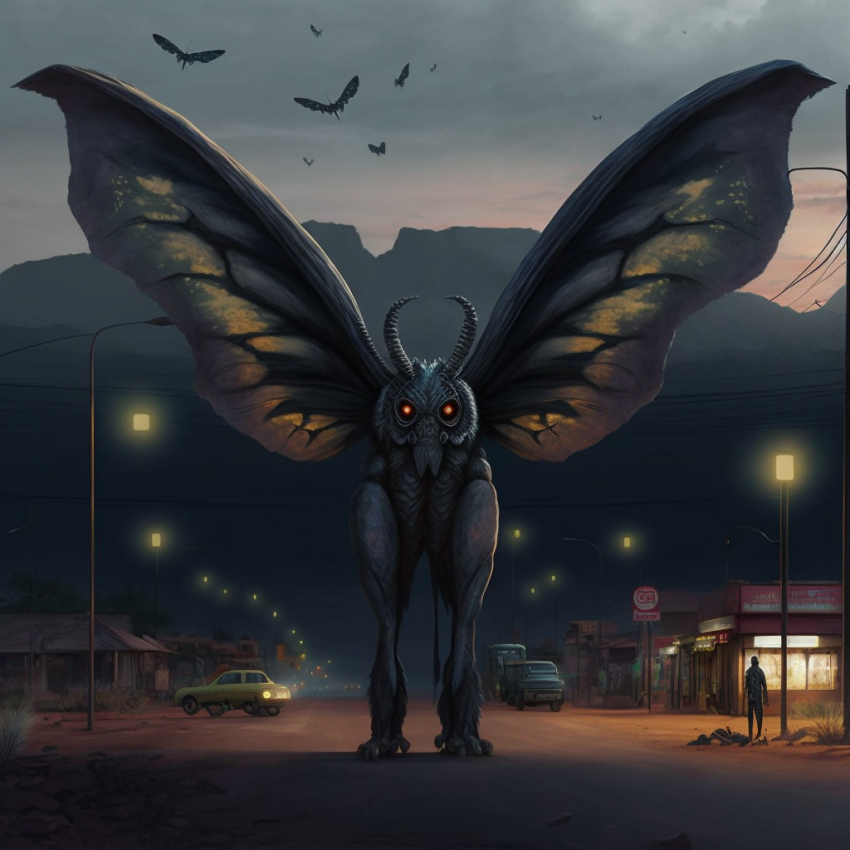 Audio version of this story on our YouTube: https://www.youtube.com/watch?v=LAIrS4J3lO4 this can also be found Spotify and most other podcast platforms!

This first sighting occurred around 9:00 PM at night, back in October. The gentleman was alone sitting in the street waiting for his wife. He said that he started to feel uneasy, he looked up and there was a figure standing in the darkness down the street from him. He looked away for a second and then it was gone when he looked back. After this he decided to stand up to go see what it was, and that’s when two dogs came charging towards him looking like they were going to attack him.

When the dogs got about two meters away the dogs stopped in their tracks, then turned and ran the other way as if something scared them off. That’s when he saw the thing standing directly in front of him. It opened its wings up and took off into the sky. It looked like a cross between a bird and a man, it looked dark brown colored.

The second sighting took place on December 23rd 2022. This one was sent over by the gentleman’s wife. They were walking over to a shop near their house at about 8:00PM to buy a few things when a truck with two people in the back of it stopped. They noticed that the two in the truck were looking up at something. The lady said she began to feel a feeling of dread and looked up, that’s when she noticed what she described as a creature looking like what her husband had described to her previously. A large bird-like man, with a giant wingspan. It was in the air flying in circles above them.

At this point they decided to turn around and head home. Along the way they looked back a few times and noticed it was still flying in the same spot.. They swore to each other that they would not be going back outside under any circumstances for the rest of the night.

This pair of sightings is obviously different in some ways than our usual encounters. They saw one of our Mothman stories on our new “Mothman Sightings” Facebook group and thought it sounded like what they saw and decided to reach out to me. Even though this story isn’t exactly Appalachian, Mothman encounters are always welcome!I thought it was interesting that the gentleman thought the creature felt like it was a protector, and his wife in the second case reported that she felt a feeling of dread and that it felt evil.

I’m really excited to get our first Mothman sighting in from another country and our first submission from that part of the world! I hope we get more in the future. Thank you both for sending in these sightings!

Remember if you’ve had a paranormal encounter be sure to email us and tell your story. We may end up featuring it. You can email us at webmaster@spookyappalachia.com.

Thank you to our patrons, Alvin, Charles, Donald, Jeff, Josh, Julia, Shannon and Taylor. And thank you for reading.