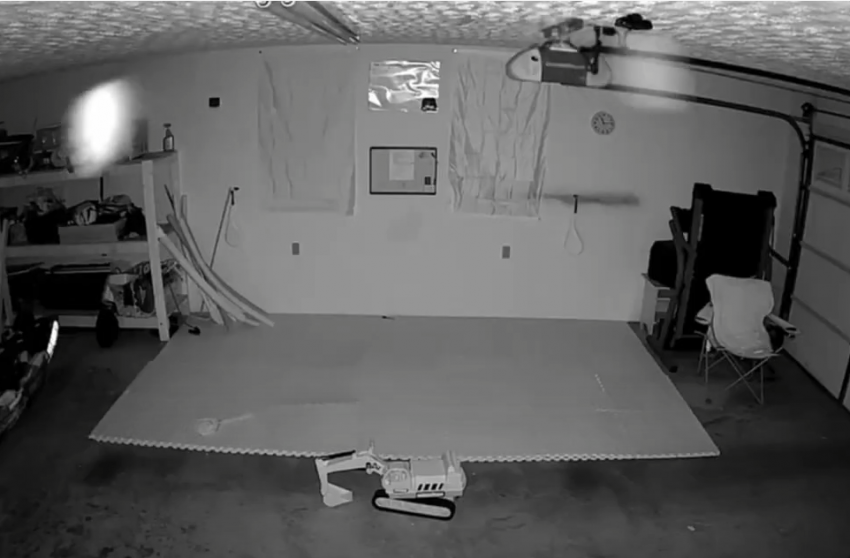 A fan from Christiansburg, Virginia, reached out to me recently and said that he believes his garage is haunted. He told me that when he bought the house in 2020, it had been on the market for a while. After buying it, a neighbor informed him that the lady who previously lived in the home had died there.

He began hearing banging sounds coming from the garage at night and the motion lights would just go off when nothing was there. He hoped it was just some type of animal. When he couldn’t find any evidence of that, he put up a security camera in the garage. It wasn’t long before he started seeing recordings such as the ones included in this post. Several times a month, the camera alerts him to movement that ends up being these mysterious orbs.

Lastly, he mentioned that whatever is moving in the garage has not bothered anyone or harmed anything. Sometimes, shelves fall off, and he feels like something is watching him. Whatever it is has not stopped.

Kind of a weird one! I’m no expert on hauntings, but I think long as it’s not bothering anyone, maybe it’s best to leave it alone. What do you all think?

Do you have a Paranormal story? Let us know we would love to feature it! Email us at webmaster@spookyappalachia.com And thank you to our patrons, Alvin and Josh.

Check out some of our other ghost stories