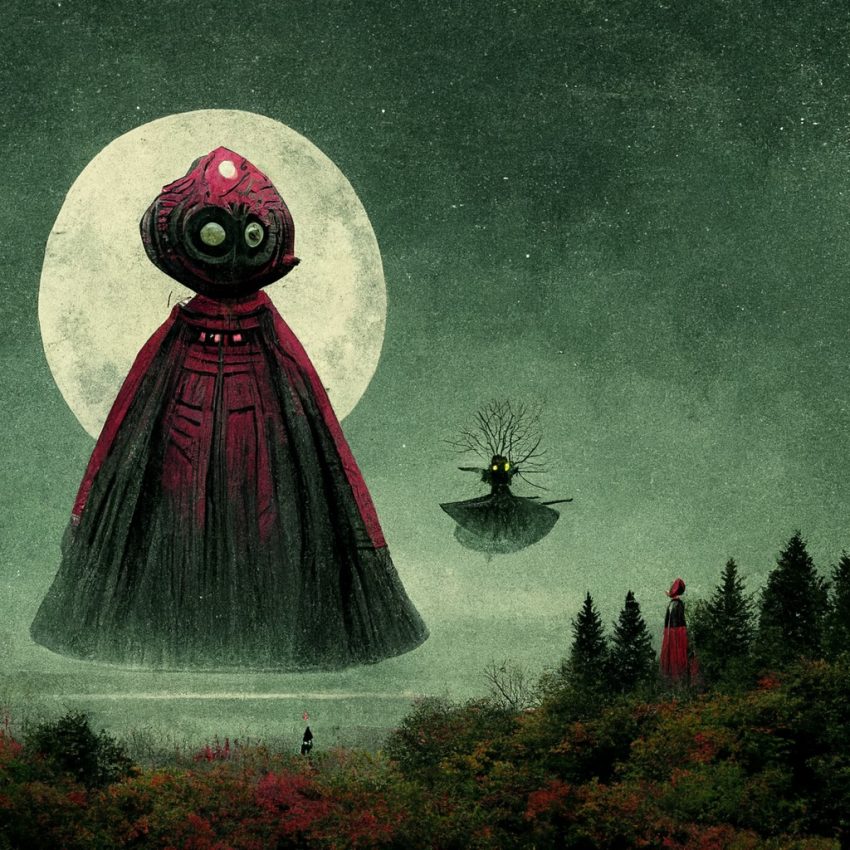 Audio version of this story on our YouTube: https://youtu.be/m_HgN1RpHeo this can also be found Spotify and most other podcast platforms!

The Flatwoods monster (also known as the Braxton County monster, phantom of Flatwoods, or “Braxxy”), in West Virginia folklore, is an entity reported to have been sighted in the town of Flatwoods in Braxton County, West Virginia, United States, on September 12, 1952, after a bright object crossed the night sky. Our story is of one of the most famous encounters sent over from our friends at The Flatwoods Monster Museum!

Flatwoods West Virginia – On September 12th, 1952, around 7 o’clock in the evening, brothers, Eddie and Freddie May, and their friends – Neil Nunley, Tommy Hyer, and Ronnie Shaver – were playing on the lawn of Flatwoods Elementary School when the group saw what was described as a fireball fly quickly overhead and land on a nearby hilltop just past the Fisher Farm. The group, after conscripting Kathleen May and Gene Lemon, crossed the farm and walked into the woods where the boys thought the fire ball landed. In an account provided by Nunley, he reportedly saw a pulsing red light near the top of the hill. Then, suddenly, Lemon saw a pair of shining, animal-like eyes, and aimed a flashlight in their direction. The light revealed a towering “man-like” figure with a round, red “face” surrounded by a “pointed, hood-like shape.” The body was dark and seemingly colorless, but some would later say it was green, and Mrs. May reported seeing “drape-like” folds. The monster was observed only momentarily, as suddenly it emitted a hissing sound and glided toward the group. Lemon screamed and dropping his flashlight. Terror seized the group as they ran away to escape the horror they had found.

Early the next morning, a reporter visited the site of the encounter and discovered two tracks in the mud, as well as traces of a thick black liquid. He immediately reported them as being possible signs of a saucer landing based on the premise that the area had not been subjected to traffic for at least a year. It was later revealed that the tracks were likely to have been those of a Chevrolet pickup truck driven by a local, who had gone to the site to look for the creature some hours prior to Stewert’s discovery.

After the event, investigators associated with Civilian Saucer Investigation, obtained a number of accounts from witnesses who claimed to have experienced a similar or related phenomena.

Check out our other cryptid stories