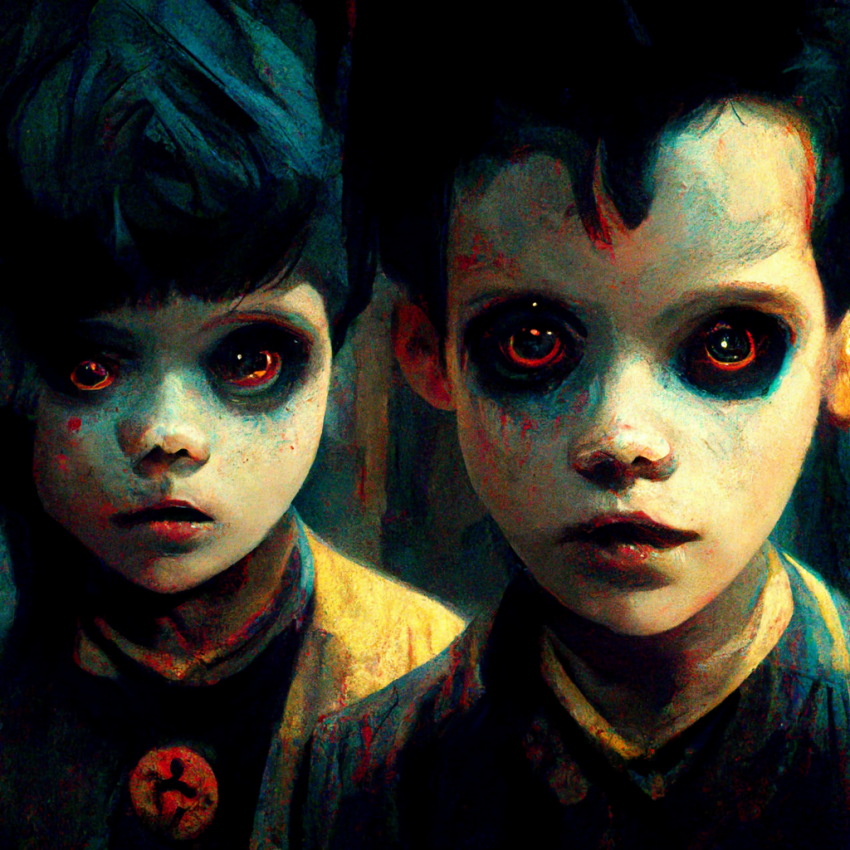 Since you guys love Black-eyed kids stories so much I went on a hunt for one in or around Appalachia and found this one in Ohio. It doesn’t say what part of Ohio, but it’s a good story nonetheless.

A report from an Ohio man who was given the pseudonym “Noetic” told of a strange encounter in July 2010 with two black-eyed teenagers outside the data center where he worked. Noetic was taking a break during his night shift and was smoking a cigarette outside the building at around 5:00 AM when he noticed two teenage boys across the street from his building. He felt immediately unnerved as soon as he noticed them, perhaps because they appeared to be staring straight at him but were otherwise motionless.

He quickly finished his cigarette and went back inside the building and back to work. Around 10 minutes later, however, the intercom from the front door buzzed, and as Noetic turned to observe the monitors, he could see that it was the two boys who had been staring him down earlier. He pressed the talk button and asked what they wanted, stating he was busy. Neither of the boys spoke, but one of them motioned to the camera for him to come outside. He pressed the talk button again, told them they would have to leave, and then went back to work.

The two boys continued to stare into the camera as though they were looking through the TV monitor into the room where he worked. After another 10 minutes or so, Noetic decided to go to the front door and ask the boys to leave and to let him get on with his job. Before he opened the door, however, he sneaked a look at the two boys through the one-way glass. They looked normal enough, apart from the fact that they had completely black eyes. This made him feel even more on edge, but he decided to open the door anyway and tell the boys to leave or he would have to call the police.

As soon as he opened the door, one of the boys said to him as if he had been reading his mind, “That will not be necessary sir, we simply need to use your phone, can you let us in?” Noetic declined, saying that nobody was allowed in. The boys asked again to be invited into the building and then stood there staring at the now distressed man. Noetic pulled out his mobile phone, repeating his threat to call the police and pulled the door shut again.He went back to observe the pair from the safety of the monitor. One boy remained at the door and stared into the camera, while the other boy made his way to the back of the building and stared into the camera there.

Noetic called the police, all the while watching his monitors. The boys made their way to a “blind spot” on the system’s security cameras, but while Noetic waited for them to reappear on one of his monitors, they seemed to have simply vanished. By the time the police did arrive at around 6:00 AM, there was no sign of either of the two strange teenagers.

If you’ve ever worked at night somewhere like this you know it can get from dull to a high 10 in creepiness in no time. I can’t imagine having something like this happening. Remember if you have a story you would like to see get published here, you can email us at webmaster@spookyappalachia.com.