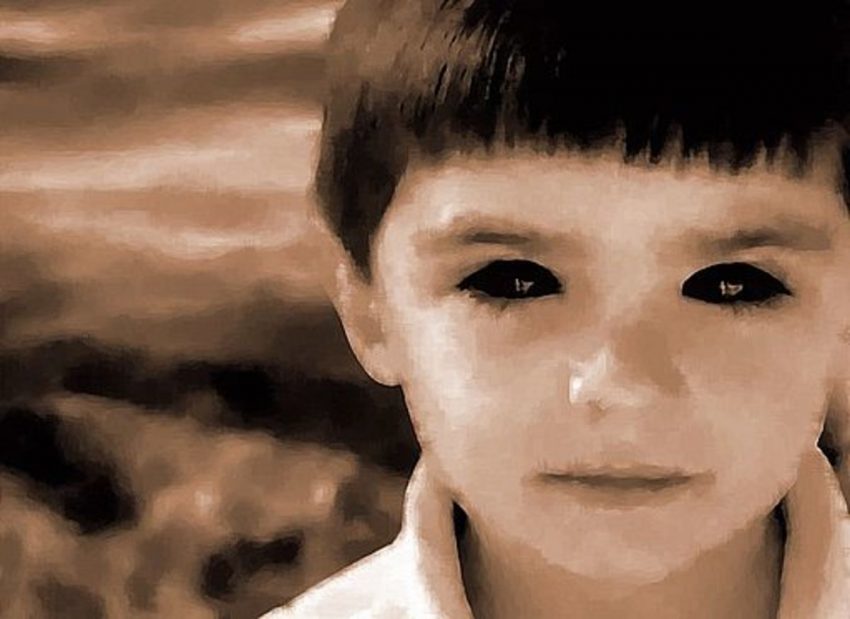 For today’s story I am revisiting the Black Eyed Kids given how much everyone seems to enjoy the subject. What is it that makes the Black Eyed Kids so intriguing? Is it the mystery of them? Or is it just how downright creepy they are? In my case I would say it’s both! Today’s story takes place in Glade Spring, West Virginia back in 2014.

I had never heard of “the black eyed children” until I encountered them. Still not knowing who or what the hell they were I did what any modern 25 year old male would do, I googled them. And boy was I shocked that I wasn’t the only one. Had I not seen them for myself I would’ve just thought it to be another modern urban legend gone viral. Besides my girlfriend I’ve only told my brother who is into everything creepy and horror, for I knew he would be the only one to not judge me or try and commit me to a mental hospital, he’s the one who said I should post it here, if this is the wrong sub then please direct me to the right one, keep in mind I’m not a writer (sorry for any grammar or spelling errors), I’m an accountant. I don’t want up votes or to try and impress anybody with a good read. I am simply trying to warn people that some things out in this world are beyond our comprehension and if you hear a knock at the door make sure you check before opening it. I wish I had, here’s my story.

My girlfriend and I live in a small gated community in southern West Virginia called Glade Springs. The community has about 150 houses, a country club, and a steakhouse/bar called Bunkers. Now anyone can come through the gate during the business hours of bunkers but after they close, the front security gate stops all traffic and makes sure you are a resident and if your a visitor they call the house that you’re going to, to verify that you are actually expecting them. Sometimes it’s a hassle but hey, don’t have to worry about a robbery.

So imagine my surprise when my doorbell chimed at 3:00 AM. I was jarred awake and wasn’t sure if it wasn’t just a dream considering I had just went to bed shortly before and was probably just going into REM sleep. I rolled over and looked at the clock noticing the time and when my doorbell chimed again I felt a cold chill run through my body. Not reading to much into it, it could be one of my neighbors has an emergency right? I nonchalantly made my way to the door (now I see how foolish I really was) and opened it. Luckily the wrought iron storm door was still locked because who or what stood before me was NOT a resident of the community.

Two young boys stood at my door step (one looking about 17 and another looking about 10) wearing dark hooded sweat shirts and jeans. The young on had shaggy dirty blonde hair and would only look down at the stone steps and the older one had his hood pulled and his head tipped to were I could only see from half his nose down. My voice caught in my throat and before I could even ask what they wanted the older one spoke. His voice sounded forced and dry, there was no emotion or sincerity of what he said, “I’m sorry to bother you and your girlfriend but we need to come in and use your phone, we’ve been in an accident.” I felt the familiar chill return to my whole body, how did he know my girlfriend was here? (I wrote it off as my Tahoe and her VW was in the driveway and I figured they just assumed) I tripped over my words, something about these kids wasn’t right, wasn’t normal… wasn’t human. “Uh, um I can bring you my cell phone and you can call, I don’t get service inside here so you have to stand on the sidewalk to call.” I finally said nervously. Of course I was lying through my clenched teeth, I did NOT want these kids in my house.

“Well my brother really needs to use your bathroom Kaine, we have to come in?” the older one said. And that’s when I went into complete a panic, he knew my name! “I’m sorry, are you from here, how did you know my name.” the words practically shook out of my mouth. That’s when he became slightly hostile and demanded to be let inside, and I told them I was sorry but I couldn’t help them and just as I was about close the main door is when it happened. The both of them snapped there heads upwards and looked me straight in the eyes. Black. No iris, no pupil, no retina, just pure deep black. I was paralyzed with fear, for a second I thought those kids were just playing a really cruel joke and had snuck in the community somehow and had bought some of those freaky Supernatural demon sclera contacts, that was until I heard ringing (it was like a ringing sound that you hear when you have a hearing test done that digital high pitched shrill ringing) and then the flashbacks started.

I was suddenly a toddler again at my grandparents house sitting under the chestnut tree with my mother picking up the nuts and putting them in a large metal soup kettle, it was a crisp fall day. It’s one of my earliest and dearest memories (I was about 3, and even have a Picture ) and one I hold very near to my heart. But then they were there, behind my mother, we locked eyes their eyes still black as night and suddenly they smiled simultaneously. That’s when everything went black.

The next thing I knew I was shaken awake lying in the mud room floor, my girlfriend standing over me with a worried look “what the hell Kaine?” She asked. I had no idea how to answer her, my head had taken a good whack against the slate floor and a bit of dried blood was stuck in my hair but other than that I was fine physically. I slowly remembered everything that had happened and looked at the door, daylight, I’ve never been so happy to see morning in all my life. I told my girlfriend everything that had happened and I honestly think she thought I had brain damage from hitting the floor, but she insisted she believed me. And then we googled it and I believe that’s when she really started to believe me was then. I don’t know who or what they are, or where they come from but they’re not of this world. I know that for a fact. For some reason I had a lingering thought (I’m still not sure if they put the thought in my head or not) that they wanted me to know that even my memories aren’t safe. They are very strong and seem to be growing in numbers. For some reason they seem to not be able to hurt you physically unless you invite them in, which I don’t know since either no one has ever let them or the ones that have aren’t around to tell they’re story anymore. But they can get your mind, since that night I feel as though I’m being watched I see them out of the corner of my eye occasionally, I’ll look at my girlfriend while we’re at the movies or diner and her eyes will be solid black for a split second and worst of all they took one of my most precious and most often reminisced memories and turned it into something sinister, something that’s now a constant reminder of the Black Eyed Children.

Wow, another crazy Black Eyed Kid encounter. I’ll try and keep an eye out for more like this in the future. If anyone has had or knows someone who’s had an encounter please send it to us at webmaster@spookyappalachia.com.

Check out some of our other Urban Legend stories