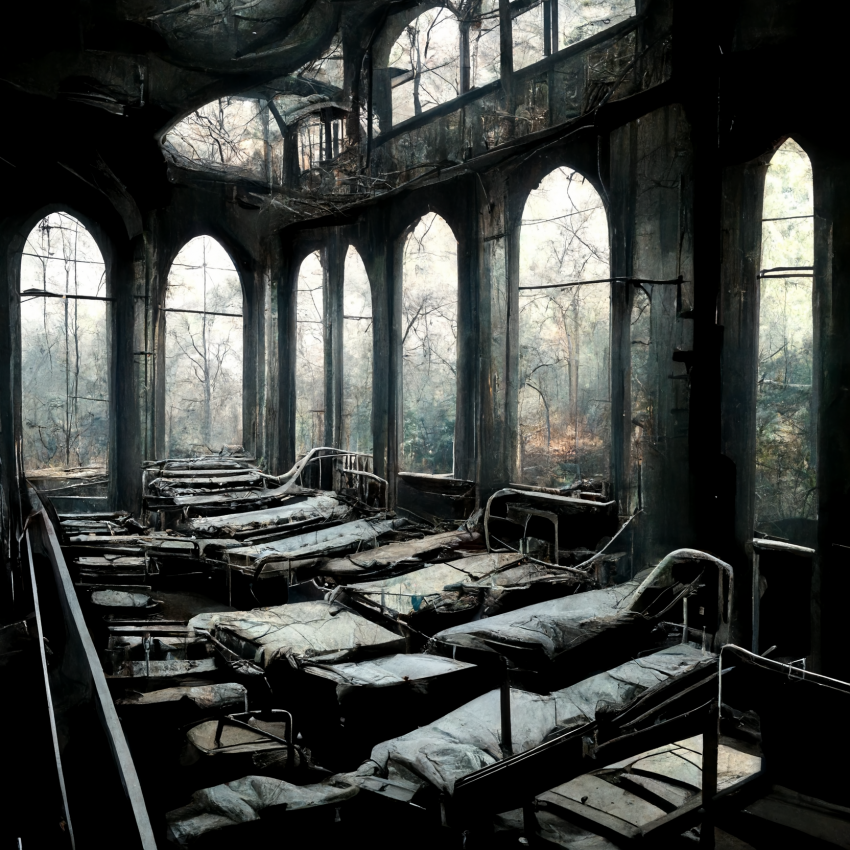 Audio version of this story on our YouTube: https://youtu.be/d5LesCO3h_8 this can also be found Spotify and most other podcast platforms!

St. Albans Sanatorium has been many things over the years, a boys school, a mental hospital, an ill-considered daycare facility, and, today, a site for those seeking an experience with the paranormal. Built on a hill overlooking the New River outside of Radford, VA at the site of a bloody battle from the American Civil War, the location’s violent history has led to many locals viewing it as a nexus for paranormal activity.

The structure now known as St. Albans Sanatorium began life as St. Albans Lutheran Boys School in 1892. The school operated first under headmaster George W. Miles and then Winslow H. Randolph. It was a prestigious preparatory school in the area, however, bullying was reportedly rampant, and there were rumors that several students lost their lives. St. Albans closed in 1904, and the building sat vacant until 1916, when Dr. J.C. King converted the property into St. Albans Sanatorium.

Dr. King was a forward-thinking psychologist for the time, emphasizing a home-like environment and attempting to treat his patients rather than simply locking them up away from society. St. Albans featured such amenities as a roof-top garden, a bowling alley, and a farm where the patients could work. Unfortunately, the treatments were still, by today’s standards, barbaric. Electroshock therapy, lobotomies, and insulin-shock therapies routinely left patients either brain-dead or just simply dead. Hydrotherapy was also employed, where patients were covered in towels soaked in cold water, or left in bathtubs for days on end. Given the violent nature of the treatments at the hospital, it is unsurprising that the location is home to numerous unquiet dead.

Jacob is one spirit said to haunt St. Albans. While it’s unlikely he was a patient at St. Albans, it was not uncommon at the time for families to leave children they could not afford at such institutions, as they provided a relatively safe place for the child. This was unfortunately not the case for Jacob, who was found beaten to death in his bed. If you visit St. Albans today, there is a memorial room for Jacob where you can leave toys for him. Who knows, the playful spirit might even decide to play with you.

Donald is another spirit roaming the halls of the old sanatorium. He was accused of Jacob’s murder, but it is rumored that he was gay and it is therefore unfortunately likely that he was an innocent scapegoat, easily framed given the discriminatory attitudes prevalent at the time. Donald’s spirit is mischievous, and visitors will frequently report being touched by an apparition while visiting his rooms.

Rebecca is one of the more famous ghosts at St. Albans. Shortly after arriving at St. Albans, she gave birth to a baby who was either stillborn or died soon after. Fearing the staff would take the deceased child from her, Rebecca hid it in the closet in her room. After the staff finally discovered the baby, Rebecca committed suicide, and her gentle spirit is still said to reside in St. Albans today.

Unfortunately, Rebecca was not the only person to commit suicide at St. Albans during its time as a mental hospital. The so-called “suicide bathroom” in the attic of St. Albans was the location of at least three confirmed suicides

Moving down to the lower levels of St. Albans, the boileroom and the bowling alley are particular paranormal hotspots. Smokey is a spirit who resides in the boileroom, and whom people leave cigarettes for. The lower levels are also said to be home to the spirit of a young woman who was likely murdered near St. Albans in 1980. Her blood-stained car was found only a short distance away, and it is suspected by some that her body was incinerated in the basement of the old sanatorium. It has been reported that an eerie mist will appear in the bowling alley at the mention of her name.

The bowling alley in the basement houses a particularly malevolent spirit, the demon Red Eyes. When the team here at Spooky Appalachia visited St. Albans, we attempted to draw Red Eyes out by bullying him for his given moniker. We pointed out that, compared to the names of other demons, Lucifer, Beelzebub, Belphegor, Asmodeus, Red Eyes tends towards the… pedestrian. Unfortunately for our quest to experience the paranormal, the demon did not take our bait.

That is not to say that our visit to St. Albans was uneventful. When walking through a long, dark hallway in the basement, our flashlight suddenly went out. Assuming we simply forgot to change the batteries, we pressed on, hopeful to get to a place with more natural lighting. Upon leaving the hallway, our flashlight began working again.

A big thank you to Julie from St. Albans, who was our tour guide on our visit, was kind enough to sit down with us for a livestream, and who provided many of the stories we’ve related today. If you are looking for a book on St. Albans Sanatorium, we highly recommend The Ghosts of St. Albans Sanatorium by Pat Bussard O’Keefe. If you live close to Radford, VA, be sure to check out St. Albans annual haunted house, which takes place in September and October every year, or one of their historical tours or ghost tours throughout the year. Maybe you will have more luck meeting Red Eyes than we did.